"I wanted to find new challenges and opportunities to develop, progress and try to use my experiences to help others." 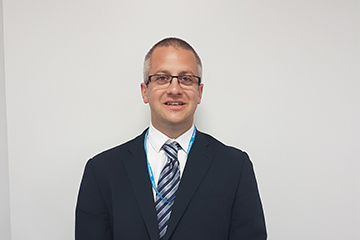 2020 is a big year in policing recruitment. It’s not only providing opportunities for people looking to join the policing family, but also for those already within it.

Moving force is a decision that some officers take; whether to suit lifestyle changes or to progress their career. Here, T/Detective Sergeant Graham Millar discusses his choice to move and why he chose Derbyshire Constabulary:

When I made the decision to transfer forces, I was working at the East Midlands Special Operations Unit (EMSOU). This involved working across different forces and with other agencies. It’s no surprise that working in this way highlighted how differently things are done, for better or worse, across different forces. I wanted to find new challenges and opportunities to develop, progress and try to use my experiences to help others. I made the decision to transfer after completing 14 years with Nottinghamshire and have genuinely never looked back.

When I was starting to look at transferring, I did my research and spoke with people already serving in the force. I asked about where I might be working, what roles I would likely go into as a transferee and the opportunities to develop. Derbyshire came up time and again in conversations with others as a force that looked after its staff. It had a lot of respect from those I knew in outside forces as to how it handled austerity. Derbyshire is also my home and whilst this was a big part of the decision in terms of location, it came down to how it clearly supported and developed staff. If you put the effort in the opportunities are frequent and recognition is given.

I treated the transfer process as if I was moving to a new job with a new company. I wanted to make sure I was ultimately making the right decision. A big selling point was that HR support is based in force and they were contactable, always happy to help and are prompt. The process didn’t take too long and for me it was like becoming a cop all over again but with a little more knowledge. I transferred in as a PIP2 DC after completing an interview and presentation. When I got the confirmation, it was a great feeling. I was made to feel welcome and simply got on with it.

I have been working in the Public Protection Unit (PPU) since November 2018 and have been working on adult and child domestic and sexual investigations, honour-based violence and many other areas. This is by far the busiest and most challenging role I have had in my career. There are courses available but, again, there are great teams and experience on hand to help. I have also been given an opportunity to become a temporary Detective Sergeant (DS), working on call and also to look after a team of 10 investigators with a second DS covering the County. The area is vast and varied in terms of towns and villages but the demand and issues are generally the same as anywhere else.

I began in the Criminal Investigation Department (CID) at Ripley and covered the North, which includes areas up to the border with Greater Manchester Police. This was very different to where I had been and the pace was different too. Personally, it took some time to get used to the force systems, team names and ‘Derbyshire phrases’ but the jobs were varied, from burglaries to serious assaults including cases of attempted murder. The main observation from me was the team spirit and high moral in CID and working together with other teams to get a job home. I couldn’t have asked for a better start or location to a new role. For me it is about the variety of jobs you will deal with and certainly in PPU you will not be short of variety, work, challenges and the opportunity to learn and use your experiences.

I would absolutely recommend making the move to Derbyshire Constabulary.