“A role for everyone” 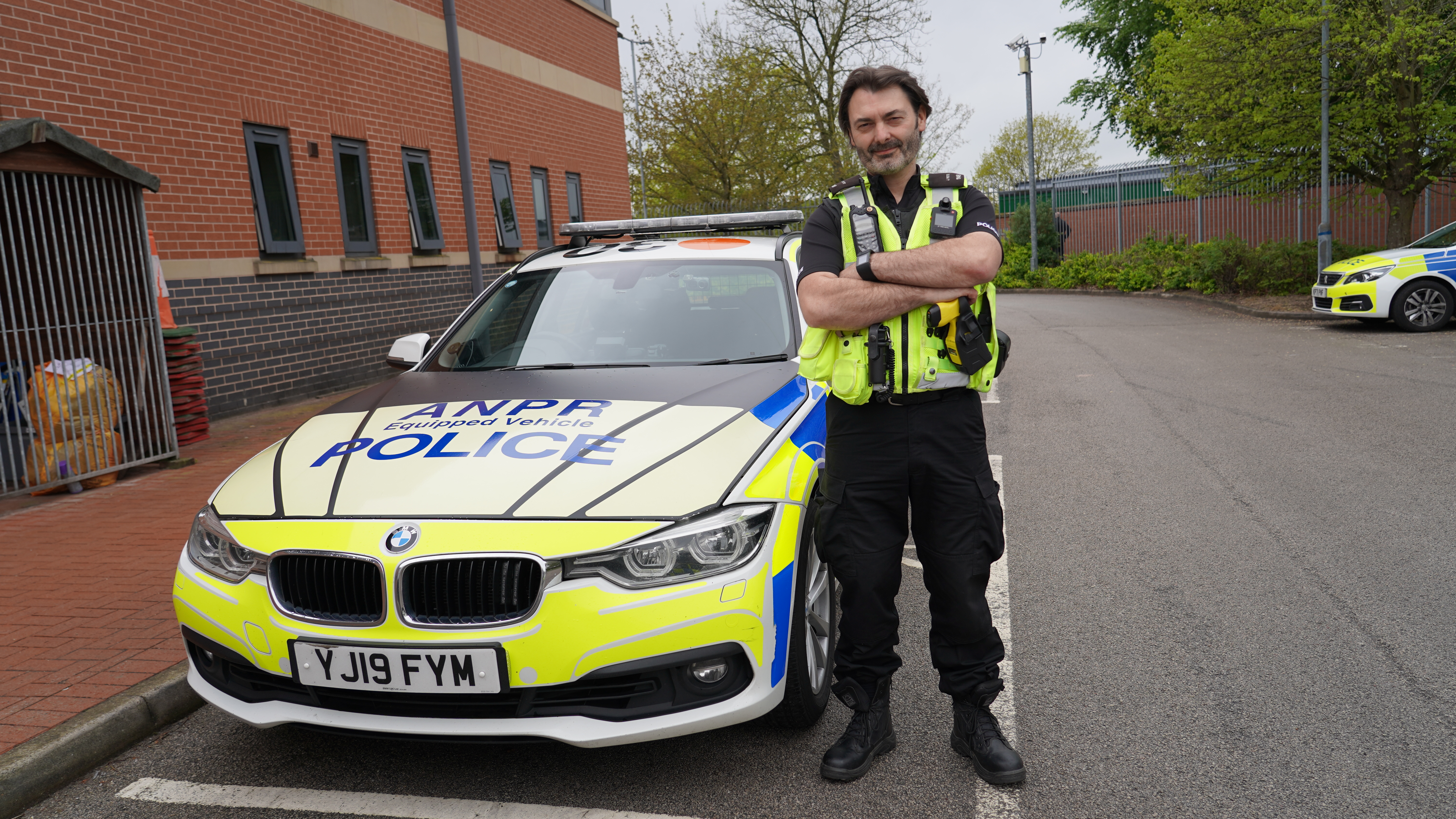 A retiring officer who has helped pull passengers out of a burning vehicle and protected Royalty has spoken about the opportunities, challenges and rewards policing can offer.

The 49-year-old joined the force at just 19, beginning as a regular police officer patrolling streets in a number of Derbyshire towns and villages. In the 30 years since, he has specialised in road crime and tackled a wide range of incidents, events and roles.

PC Potts spoke about the opportunities policing can offer and the chances to specialise after becoming an officer.

He said: “I applied for several forces when I was 18 or 19, I just wanted to do the role. I got accepted by Derbyshire and snatched their hands off. I was so fortunate that I got Derbyshire which is just such an amazing and beautiful place to work and live.

“At that stage I was a regular section police officer with the uniform, big hat, walking around the beat, interacting with people.

“We had rural cars and we had response cars, so all the emergency calls would be attended by the response car. I did that for a few years and I enjoyed that so much that the natural step for me was to go on the roads policing department.

“There’s a role for everyone. I’ve found that I’ve worked on officer teams where we would call some of our colleagues the ‘thief takers’ and you know that they will do their best to arrest somebody if they know they’ve committed an offence.

“Then, you’ll get police officers that become amazing investigators and they go on to investigate the most serious crimes – and you’ll also get people who are great with victims, and the service needs all these different characters.

“It’s an opportunity where you start off being a police officer in uniform, you find what you’re interested in, and the force will invest time and money into making you the best you can be.”