"I really like that feeling of having done a good job and making a difference." 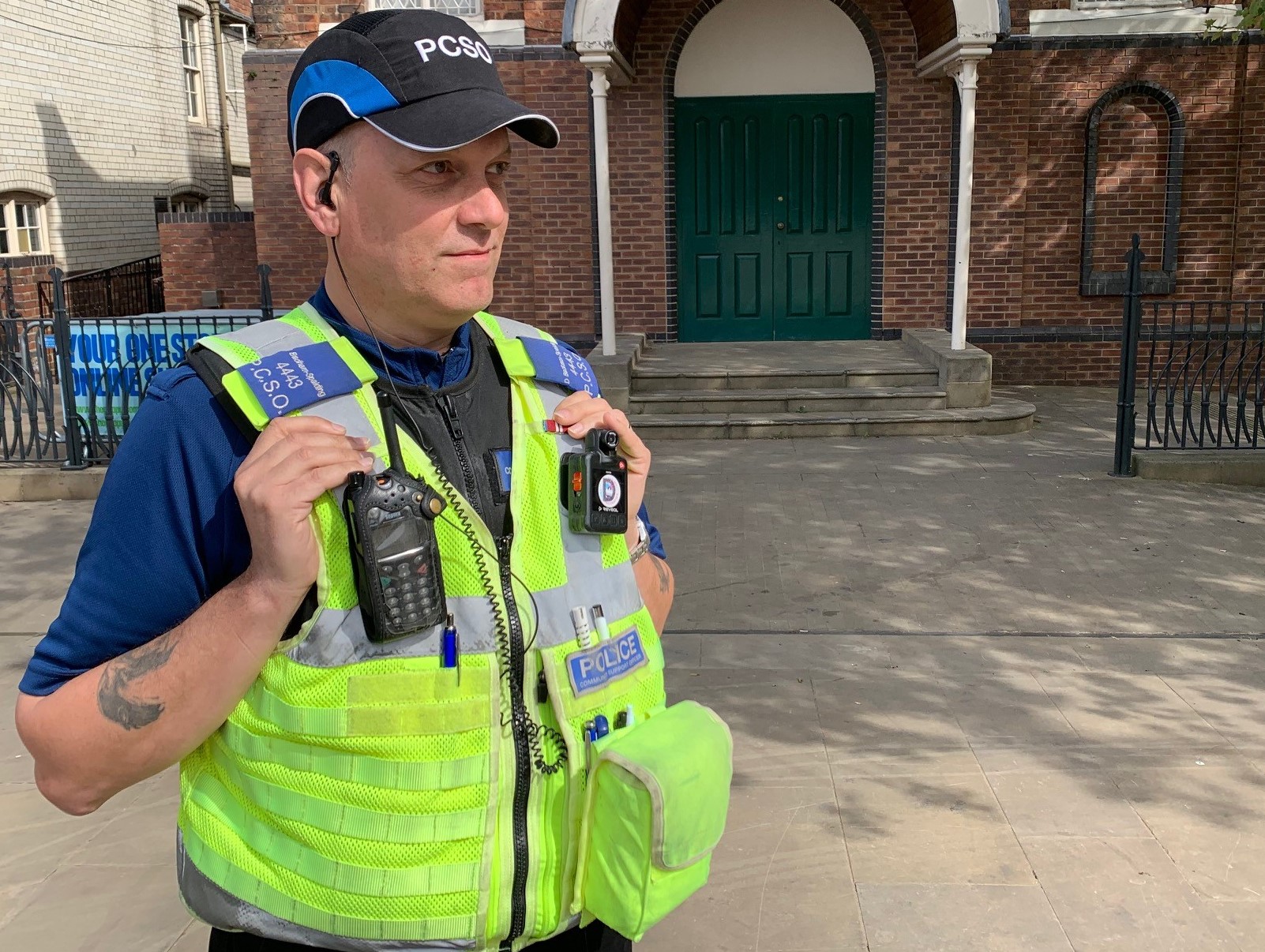 Beyond The Badge - Dean Badham-Spalding

As we speak to those who make up Derbyshire Constabulary as part as our #BeyondTheBadge series, we spotlight one of our long-standing PCSOs Dean Badham-Spalding.

Dean has been a PCSO now for almost 16 years, joining in 2006. He works out of Swadlincote Police Station and in those 16 years has served the communities of South Derbyshire in Newhall, Gresley, Midway, Woodville and the town centre of Swadlincote.

He explains: “When Derbyshire were advertising vacancies as a PCSO I knew I wanted to join. I lived (and still do) in South Derbyshire and the chance to serve my community and be paid for the privilege was an opportunity not to be missed, I have never regretted it.

“Of course there are challenges, however I am always in for my next shift and looking forward to it. The main positive feeling is being part of a hard-working team in the force that are committed to doing their best for the people who live, work and visit South Derbyshire.

“I really like that feeling of having done a good job and making a difference. I was recently involved in a challenging situation faced with a drunk young man who was brandishing a bottle and making threats. I was able to talk to him and eventually grab his arm that was carrying the bottle and he was arrested by my police officer colleagues who then attended.

“I was pleased that I had been able to take positive action to protect the public and the PCSO I was with, but more than anything that the young man himself was able to get some help with the mental health issues he was suffering with at the time.

“Whilst this is not a normal incident for a PCSO to be involved in, it was really good that my actions were recognised by the Divisional Commander who wrote to me to thank me for the action I had taken.

“My message to anyone thinking of joining would be ‘Go for it’ no two days are the same and, whilst like all jobs, some of these are better than others, the reward you get from helping someone in need makes it all worthwhile.”