“Being able to safeguard a victim, I don’t think there’s anything better you can do." 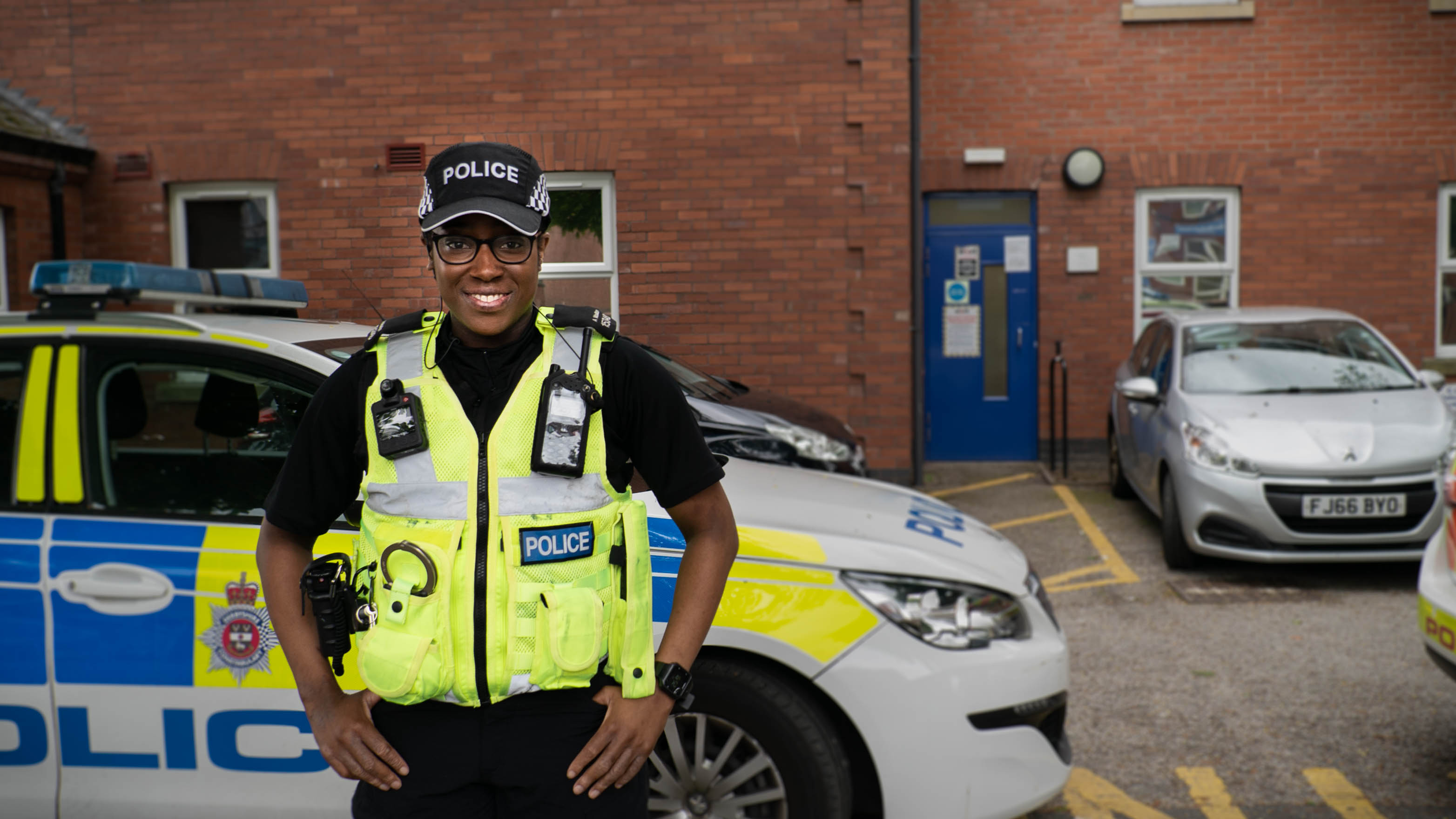 Beyond The Badge - Alena Moulton

We spoke to PC Alena Moulton, a football coach who swapped training players for safeguarding victims in a career move to policing with Derbyshire.

“I never wanted to be a police officer. I saw the advert at a time in my life when I thought there wasn’t any progression in the role I was in, and I wanted to get some satisfaction from my job.

“I do know people who have had negative experiences with being stop searched, so it did come as a bit of a shock to family and friends.

“But if I want to make a change, I’ve got to join and try to change the perception. I do consider myself to be strong-headed and willing to have those difficult conversations. I’m not going to change the world but if I can change a small amount then that’s something positive.”

Alena’s coaching experience has helped her career as a police officer, in what she says, is the best part of the job:

“Being able to safeguard a victim, I don’t think there’s anything better you can do. As a coach, it’s always important to put the person before the player. I tried to understand my players, what motivated them and the type of person they were before I even started thinking about football.

“It’s the same in the police, I have to show I care about a victim or the community before they will open up to me. People might just have a little more trust if you’ve dealt with them before or if they feel a connection in some way.

“I know the force can do better with bridging gaps in communities, that’s part of the reason why I came here to Peartree to work with my own Black community.

“Anyone that knows me knows I’ve always had an opinion and if I disagree with something I’ll always say it. Being able to be authentic and be myself in my role has always been important to me."